Good morning all! I wanted to take some time and share my first attempt at a Boss Tweed clone in preparation for the upcoming release by Old Nation Brewing Co.

#1: Obviously I’m never going to get it exactly. That’s okay, that’s part of the fun of homebrewing. This is the first in a series I’m doing for myself where I’ll try to adjust.

#2: I’ve read nearly all that I can find of what Old Nation has put out on their blogs regarding their NEIPAs (and The Fine Stranger). When brewing this beer and formulation the recipe I tried to keep their research in mind. I’ll go over that more below.

#3: I really probably could have asked Old Nation for direction, they seem like cool dudes, but this is all my scheming.

Before I go over the actual recipe I started with for attempt number one I’d also like to talk about some general NEIPA considerations and why I chose to do what I did with the ingredients.

If you look into what Old Nation has done with research (or at least what they’ve provided in blog postings) you’ll see that a lot of what they’ve dug their heels into is body/mouthfeel. I can’t say that I disagree with the direction. Many, many of the Michigan NEIPA’s I’ve had over the last year have been lacking in body. Specifically that “pillowy” and “cloudy” feeling you get when drinking certain beers that come from the east coast.

So, the question becomes what makes Boss Tweed so viscous and delicious?

Well there’s a lot to it. With regards to mouthfeel, Scott Janish has a great blog post regarding the topic which can be found here:
http://scottjanish.com/chasing-mouthfeel-softness/

Among other things he lists off water composition, sweetness, mash temp, flaked grains, and glycerol(!)

You’ll see that glycerol research played a big part in The Fine Stranger. This got me digging into how to produce more glycerol in my beer, and led me down the path of putting together this recipe. In Scott’s blog post he lists a few studied ways of increasing glycerol production:

See any patterns? Conan is often fermented near 71-72 to try to increase some peachy flavors. Boss Tweed is definitely high gravity. We obviously use S. cerevisiae for brewing, and we can easily use a harvested slurry.

Now I don’t know what yeast is used for Tweed, I can only make assumptions. In ON’s blog post on The Fine Stranger they say “the yeast we were using – as in all yeast strains now considered appropriate for the style – was a significant glycerol producer and, if treated correctly, could produce even more of this substance which we found was so crucial to the body and mouthfeel in this style.” This is with regards to glycerol.

The Conan strain is known for increased glycerol production so for the purpose of this beer I tried to use something close. In Kalamazoo I really only have easy access to White Labs through Bell’s. WLP095 is “supposedly” the conan straight but there’s always debate, but I decided to go for it regardless. I was not disappointed.

Sorry for rambling, but I thought it was important to provide some insight. I tried to incorporate all the ingredients listed on the can in a manner I thought would be appropriate for the style. I also had to lower my target efficiency as I know with my system when I try to brew higher gravity beers my efficiency drops about 2% for every 10 gravity points I get above 1.070. I also tried to average a lot of stuff out. Instead of mashing high or low, I went mid. Instead of using a higher Sulfate or Higher Chloride ratio in the water I made the ratio 1:1 and so on.

Here’s the first iteration of the recipe I used:

Water - For water I started with all RO and used the following profile:

Try to work on collecting about 5.5 – 6 gallons after the boil. The hops will consume A LOT of water, along with the 90 minute boil. Plan accordingly.

Note that the dry hop during high krausen is super important for the flavor and aroma.  The way that the Conan strain interacts with the components of the hops in this stage creates, changes, and enhances certain flavors in the beer and binds other elements to create a permanent haze. Don’t miss this step! It could be 1 day after you pitch or 3 days, just watch for a lot of activity and add your hops when it’s very active.

Pitch yeast at 68 and let free rise to 71 and hold. Apparently Conan may produce more diacetyl and may need more time for the yeast to clean up but I didn’t experience any off flavors as far as I can tell. I purposely fermented this at a little higher temp than I normally would to produce some more peachy esters.

As for the taste, well I need a fresh Boss Tweed to do the comparison (timed this right huh? Need to score one of the new batch). It’s tropical, citrusy, with some peach and maybe stone fruit. Soft mouthfeel that covers up the booze really well.

My ABV ended up coming in at 9.7% (oops) but you really can’t taste it at all. This is very dangerous and possibly the best NEIPA I’ve made to date.

I’m sure I missed some information somewhere so feel free to comment or reach out directly if you have any questions. Time to kick the keg and work on iteration number 2!

If anyone wants some pictures I can take a few when I get home tonight. Definitely a bright, hazy orange! I think it's close! 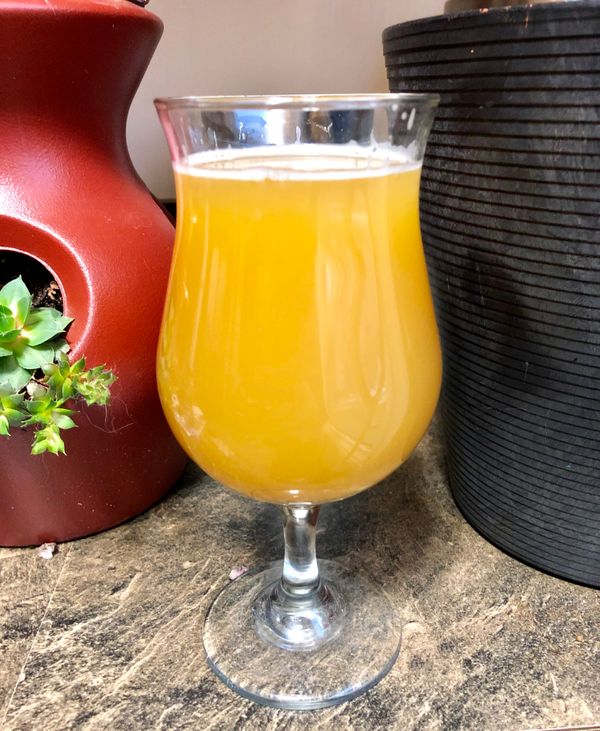 In preparation for the upcoming Goshen Homebrew Competition, I decided I'd give a strain of Kveik yeast a whirl and make some beer.   My chosen strain for the competition was Voss Kveik which 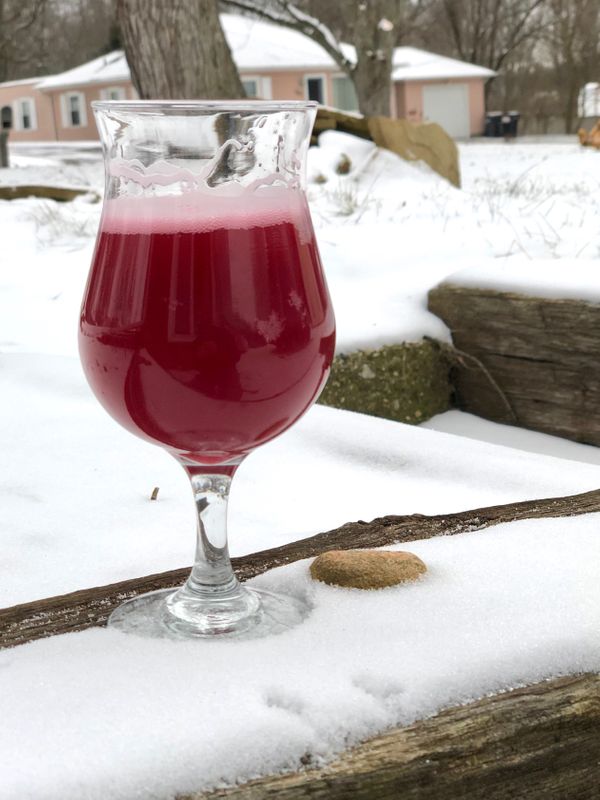 My first sour of many to come. There have been a lot of really flavorful beers coming out of the SW Michigan area lately. Specifically I've really enjoyed many of the Odd Side